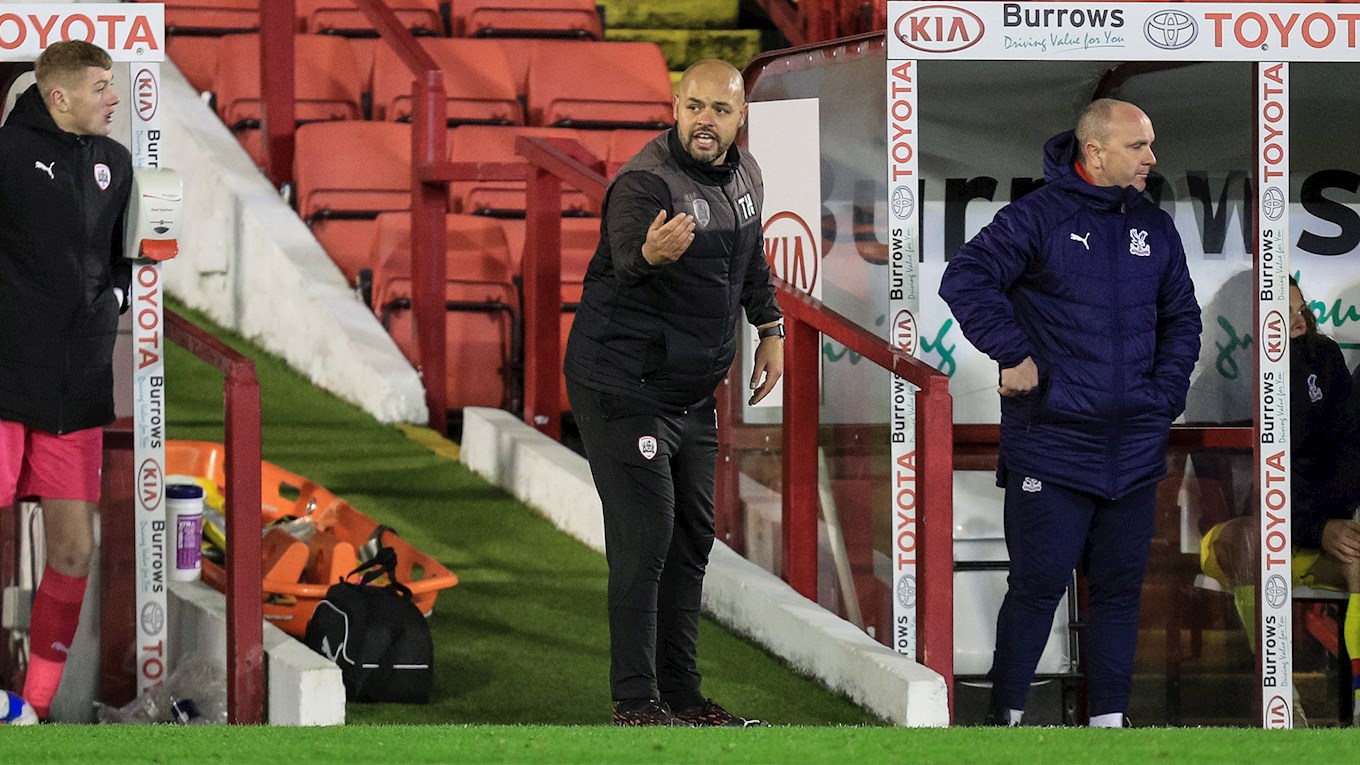 Originally slated to feature in our Boxing Day edition of Grove Street for the Stoke City tour, we sat down with Tom Harban to discuss our U18’s progress this campaign.

The season is going very well, what is your record so far?
“I’m really happy with the first half of the season. I spoke to the guys after the game on Saturday (December 11), just telling them how well they worked, how well they worked – they worked. worked extremely hard since arriving in summer.

“Overall I’m very happy with our situation as a group; the performances have been very good overall. We had a few less good ones which could have led to some bad results, but overall , really happy. “

Aside from the FA Youth Cup, is there one performance in particular that you thought was the most memorable?
“Probably Saturday – the first 25 minutes – we were excellent, with and without the ball. We caused a lot of trouble for Crewe and were leading 3-0 after about 12 minutes, so probably Saturday’s performance.”

That performance picked up from the FA Youth Cup, do you still look at this game as a benchmark of what you want guys to hit?
“No, I expect those standards from the guys in every game. They’ve shown they can perform at this level throughout the first half of the season on numerous occasions. Saturday could have gone into the other. sense that they come into the game disappointed and have a poor performance, but they came out of the blocks shooting and all credit goes to them; they took the FA Youth Cup loss on the chin and made sure to finish the year with a victory. “

You are not only strong in the league, but also in the Premier League Cup, is the goal to win that?
“I think it has to be. Guys want to come out to try and win every game, and if you go with that mindset, more often than not, then you’ll have a chance to be near the top of the game. the league or by winning the Premier League Cup. It’s the first year we’ve been there, so we want to be really competitive and go as far as possible. “ 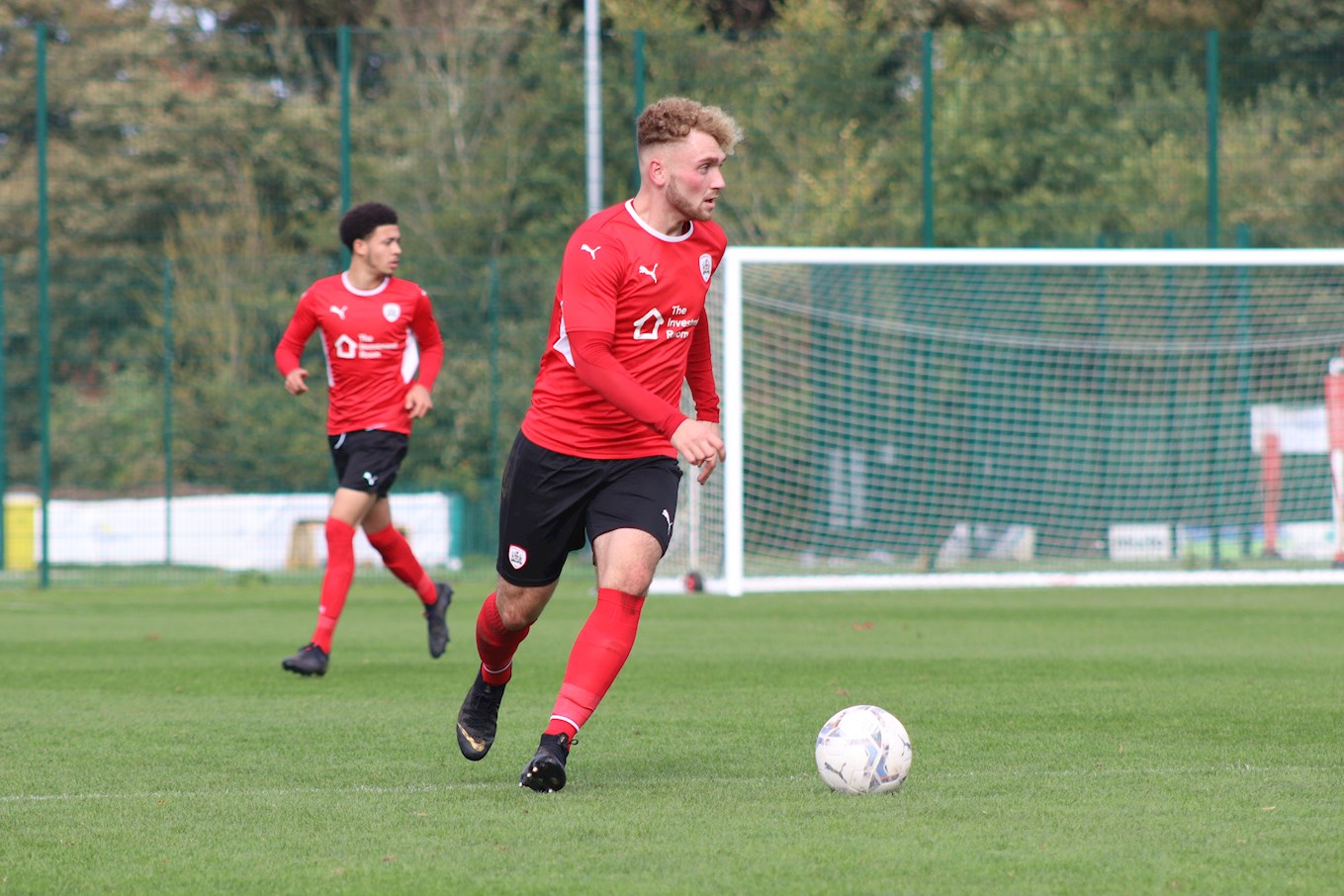 In terms of experience, there are a lot of players who have moved up to the Under-23s this season, so that’s only good for them, isn’t it?
“That’s what we want every year – we want the guys to go up to the under 23s and try to push themselves and stretch in terms of different physique and maybe change of pace from the Under-18 football. But, with that, more important is the attitude so when they come back to the under-18 squad that they don’t become complacent because they did well with the Under-23s. years for two or three weeks. Their attitude to performance and their desire to perform at the highest level must remain the same no matter where they are. “

Does it help that the Under-23 squad is smaller than it maybe has been in the past few years?
“I’m not so sure. I think guys are performing at a level the minute any opportunity they get in the Under 23 is fully deserved. So I would like to think it’s not. The guys are doing really well and they should be pushing the guys ahead, not only to play with them, but to pass them and get them out of the way. 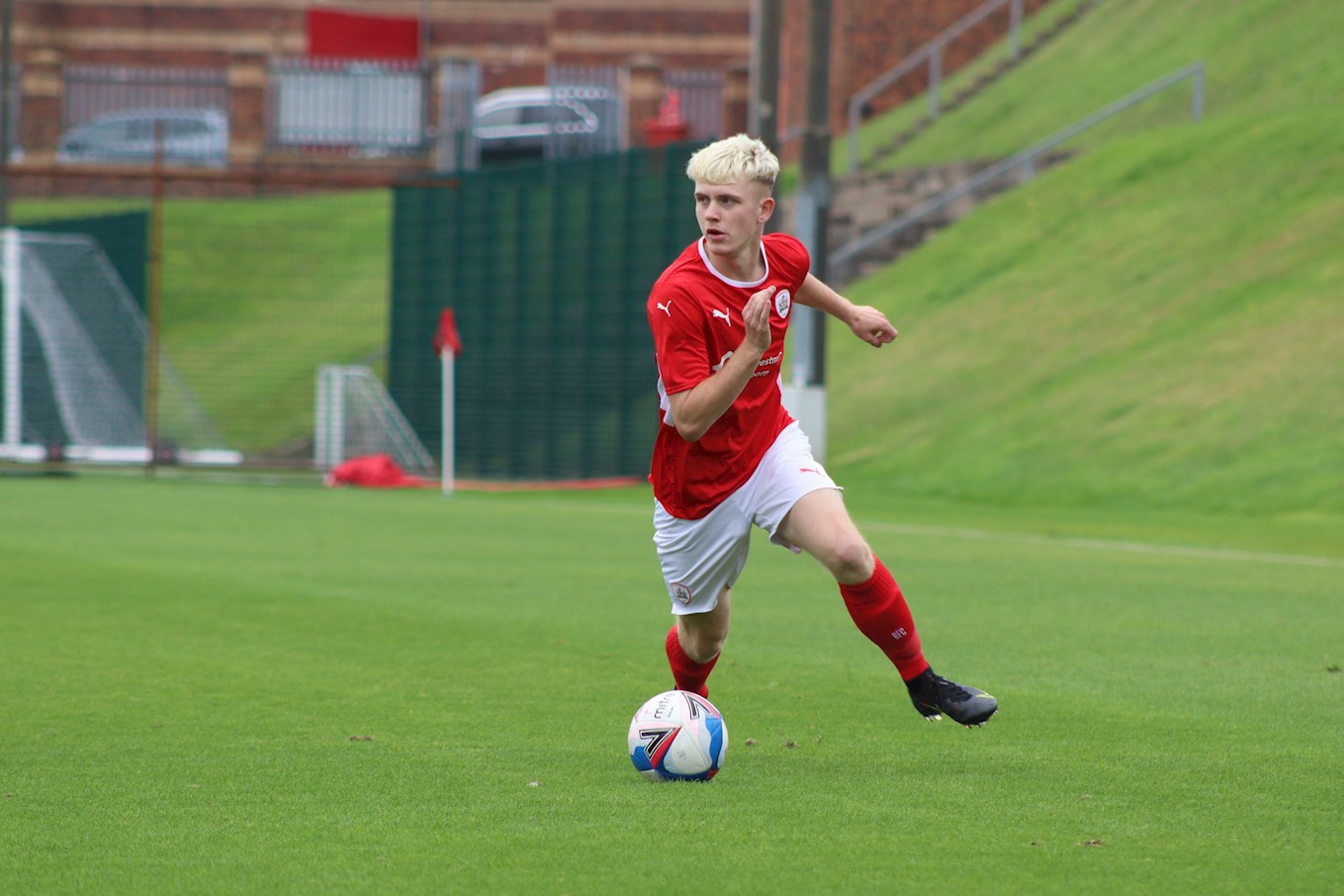 Are there any players – without naming them – who really stood out this season and who surprised you a little?
“Yes, two or three. I wouldn’t say stand out, but I’ll pick up where they were when they walked through the door at the start of the season so far, the improvements of two or three individuals – especially one couple of the first few years – were really nice to see.

“Then you have two or three second years pushing and doing well all the time. But I think it’s only coming from the collective of the group; from the way they work together. If they don’t work as well. hard they do in a group and push each other, then you might not see the level of performance of the individuals within the team. “

As a coach, seeing this individual development, that must bring you real satisfaction?
“That’s why we do it at the academy. We’re not here to produce teams, as such – we are here to produce and develop individuals who will hopefully make it into our first team. or, if this is not our first team, a first team elsewhere in the pyramid, it’s our job and it’s really nice to see them evolve, progress and improve.

“These guys with me, they came as young boys from school and, by the time they leave me, they are young men; that’s the job we have to do. It’s good to have a good team within that, but at the end of the day it’s up to us to produce individuals. “ 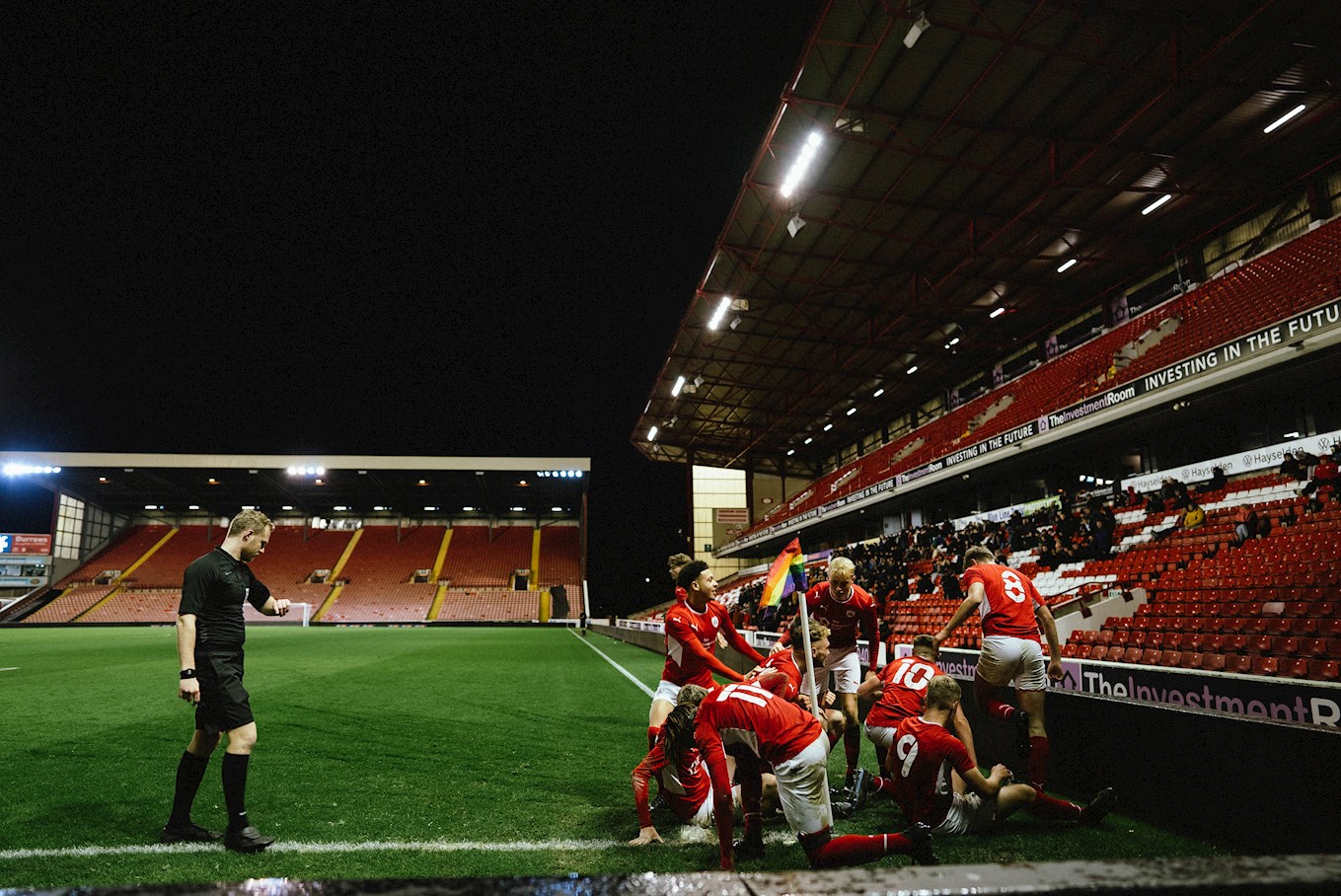 You just mentioned the school there; guys are still studying, how’s it going?
“They fly with it, to be fair – we get really good feedback from the tutors at the college and from Dom Roma, the education manager. They come and go these days because they’re so far ahead, so for them to see that part of their program here, it’s important because if football isn’t the career they end up in, they have other opportunities down the line. “

As a group, where does this lot stand in relation to those with whom you have worked, without putting yourself in the spotlight?
“I have been leading the Under-18s for three seasons now and have been fortunate to have three very good groups in terms of how they apply on a daily basis, the way they work, the discipline and the competitiveness within of the group.

“I’ve had three really good groups and, thinking about next year, we should have a really competitive group again – that’s what we want to see. Even the previous two years, when I was attending, the groups we had were good groups with good people in them, so I’ve been lucky at that level, so far. “ 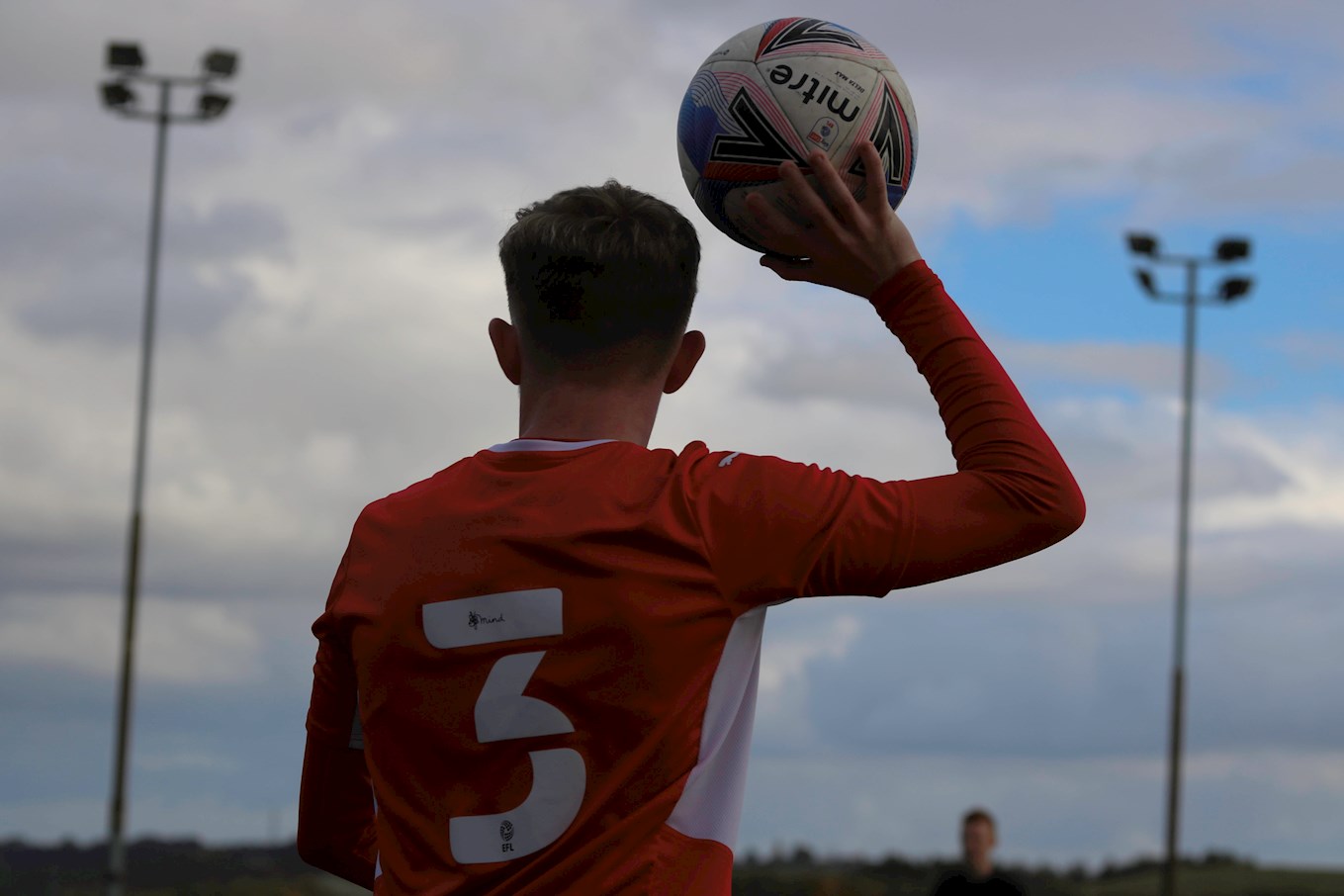 It’s going to get to the point soon where the under-16s are going to fit in, so are you hopeful that this next batch arrives?
“Yes, we have a lot of attacking players in the Under-16s which is good and technically they all have abilities so hopefully between now and the end of the season they start to have opportunities to play in the under 18 program and show what they can do.

“Physically it will be a whole different challenge for them, but like in the past when Aiden Marsh and Joe Ackroyd – Harrison Nejman last season – all arrived in their Under-16 season and performed well, so j I had no doubt it would be the same this time. “

There’s an eye-catcher – we won’t name him – but he absolutely flies, right?
“He’s doing great. I think he’s our top scorer now in the Under-18s. I know Briggsy missed him in the Under-16s, but it’s unfortunate for him that he came. with us and he’s done so well. He looks fitter and stronger every game he plays now because the intensity is different than the Under-16s, and he has a real impact on the team, which is really good for him and for us as a group. “ 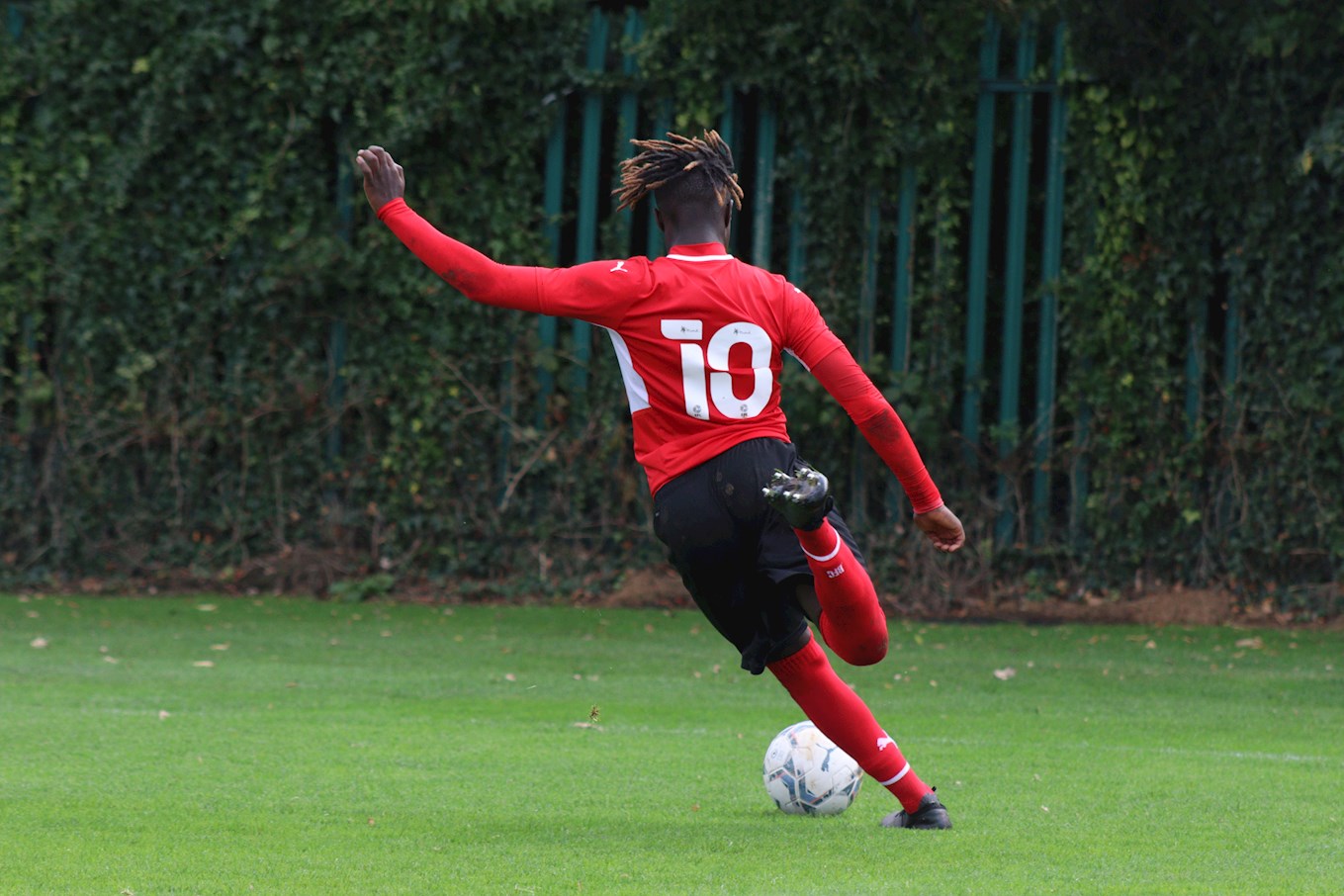 How do you deal with his evolution, then, as it can be easy to get carried away, especially since he has also scored for the Under 23s?
“His personality and temperament makes him just want to play soccer so he will play soccer for anyone. He could show up on a Sunday morning and play for the under 14s and he will work as hard as he does for the under 16, under 18 and under 23.

“He’s the kind of person and personality we want in the club. He’s not the type to get carried away and I think as long as there is a ball in play he will give everything. hopes that will remain the case over time, but we as staff and academy must continue to push him to see where he could go and realize his potential to move forward. “

As the second half of the season approaches, what are the collective hopes for this group?
“Obviously the second year wants to push for professional contracts at the club, so that’s an individual goal for them; they want to be in and around the Under 23 program – just like the early years. that’s where they need to be in their headspace right now.

“But, as a group, they want to be successful; that’s the vibe I get when chatting with them. They want to be successful, challenge the top two and go as far as they can in the Premier League Cup. Took a little hit with the FA Youth Cup, but it was a really good performance so we can’t really have something too negative to say about it.

“Are there any points where they can be better? Yeah. So in the next half of the season, the mistakes that we made in some games, we can root out and re-start them.” 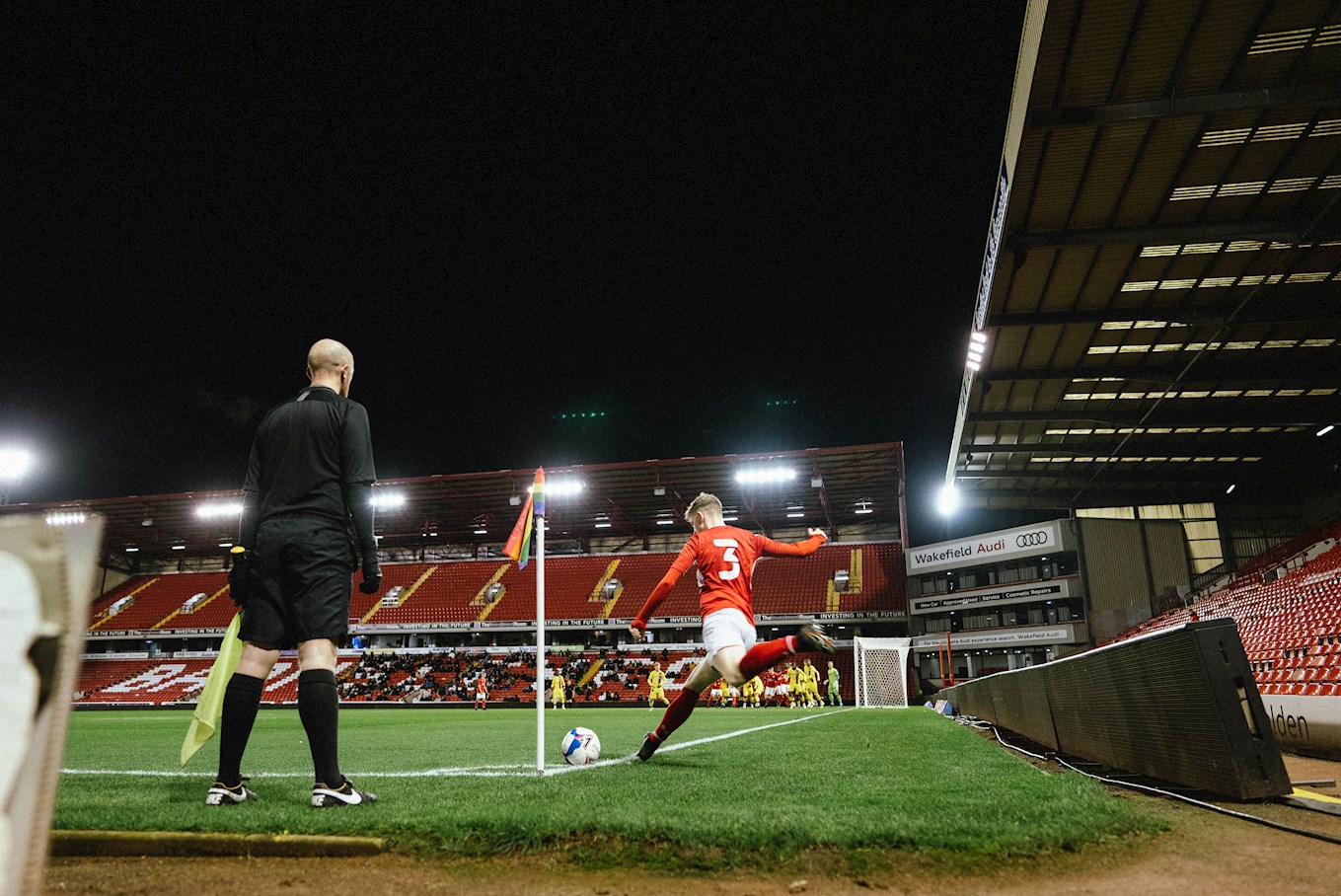 “But I keep telling them now that they have to come back and go for it if they’re going to be successful. We have a tough first game in Wigan, and they’re still on top since they came in category two, so it will be the benchmark for their return. “

You won at Wigan in the Cup earlier this season, does that give the guys the belief that they can go out there and take the win?
“Yes. The squad strongly believe that they can come into every game and be competitive and put the teams at the edge of the sword, if you will. But the most important thing that I have found with the young boys is the complacency – they can’t get too carried away with what they’re doing and how successful they’ve been; they have to take each game as a different challenge.

“I’m sure, in saying this, that Wigan won’t want to be beaten in their home by us again, so it will be an interesting battle.”

Strangest football game ever to have double-counted goals