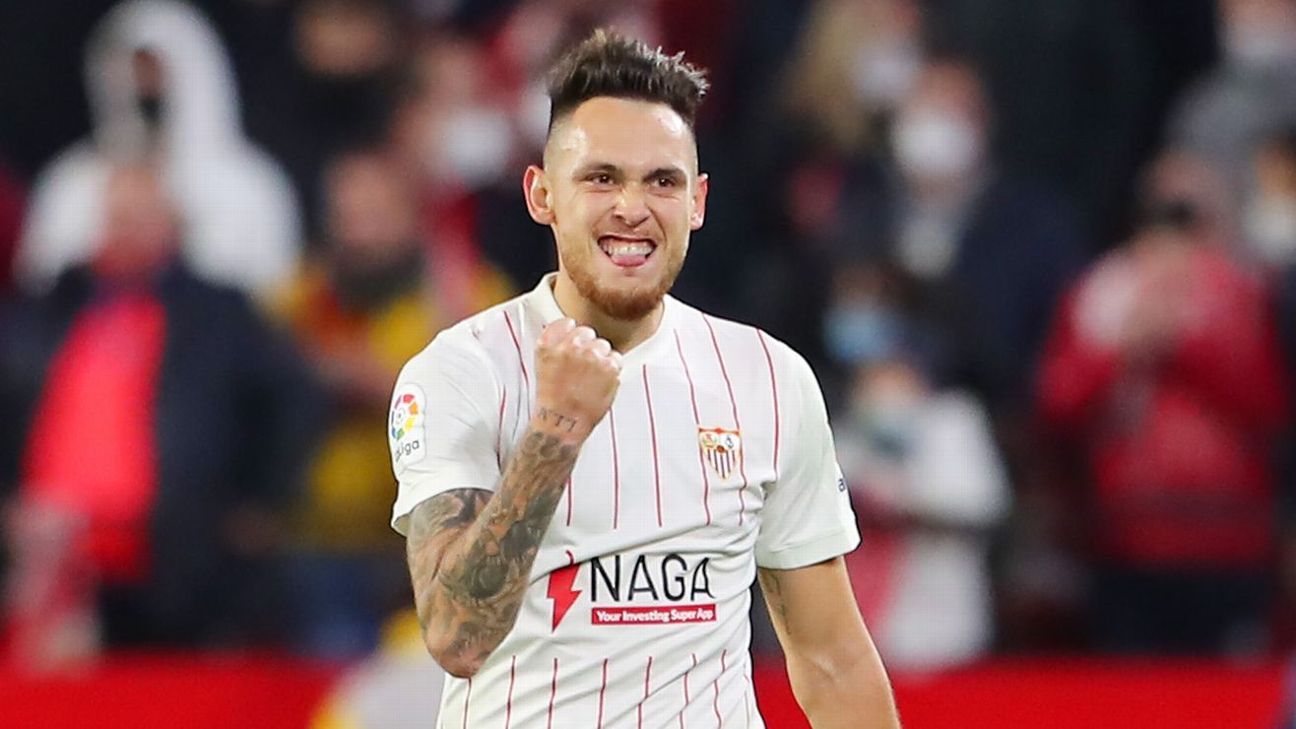 A goal from Lucas Ocampos in the dying minutes of the game saw second-placed Sevilla win 2-1 against Atletico Madrid in La Liga on Saturday.

In a fiery match between two teams trying to stay in contention with league leaders Real Madrid, Sevilla came out on top.

They now have 37 points, which puts them five behind Real, while Atleti drop to fifth place with 29 points, edged out by surprise team Rayo Vallecano, who beat Alaves 2-0 earlier in the day. and remains undefeated at home this season.

Ivan Rakitic put Sevilla ahead early in the first half with a fabulous long-distance strike that could be a goal contender of the season.

Felipe equalized from a corner, timing his jump perfectly and beating Sevilla goalkeeper Bono with a header.

But just before the stoppage time, Ocampos reacted quickly to crush a shot after a Thomas Delaney header came off the crossbar.

“The goal now is to keep having fun. Rakitic told reporters. “There are still things to improve but this victory, against the champions of the league, gives us a lot of strength. With the fans that we have, we want to continue to ride this wave.”

It is the first time that Atletico manager Diego Simeone has seen his side lose three consecutive league games since joining the club in 2011.

Usually known to be strong on defense, the champions have conceded 20 goals this season in 17 games.

“It’s time to work in silence and improve,” Simeone told reporters after the game.

“We are going through difficult times and the results reflect that. But I have confidence in my players, I know we will get there together.”