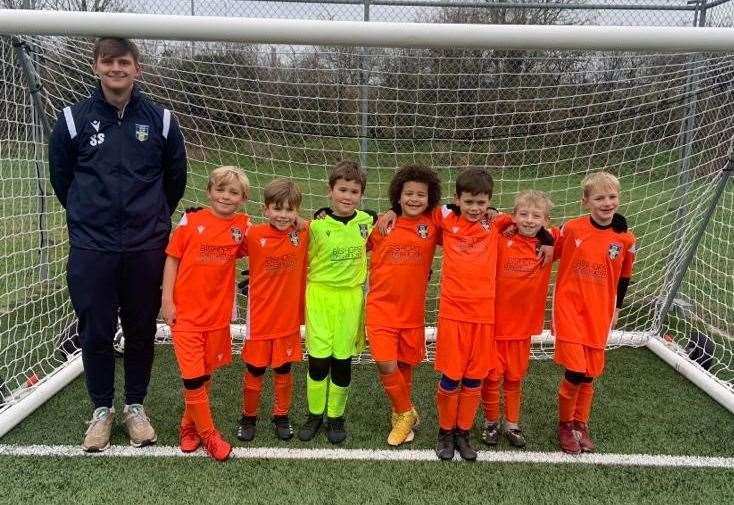 Ross Shinnock’s hat-trick guided the Bishop’s Stortford Community Football Club Under-15 Wanderers to a 3-0 victory over the Buntingford Cougars.

All three of the captain’s goals were scored in the second half of the Royston Crow League game, Division Three.

The hosts defended themselves brilliantly, with all four being expertly led by Charlie Cappuccini.

James Mutlu scored his second goal in as many games since joining United Under-14 as they held the Mid-Herts Rural Minors League, Premier Division leaders Wormley Rovers to a draw 1 -1 at home.

They moved the ball with genuine confidence as they dominated much of the first half – Milo Grieves excelled in central midfielder and Jude Xavier provided a constant threat as an attacking right-back – and Mutlu gave them a deserved lead.

The best players returned to the game after the break and leveled things off before missing two chances to win it from the penalty spot, one effort clearing the bar and the other being well saved by Ciaran Long.

The girls under 13 played an entertaining 0-0 draw when they faced St Albans in the Hertfordshire Girls Football Partnership League.

Stortford, who hoped to avenge a 3-1 loss early in the season, kept their opponents at bay in the first half thanks to excellent tackles from Indigo Lee and a superb save from Ella Draper.

After the restart, player of the match Draper dodged a penalty before Lilly Fach saw her goal scored for offside.

Stortford then missed a shot on goal as the effort hit the post.