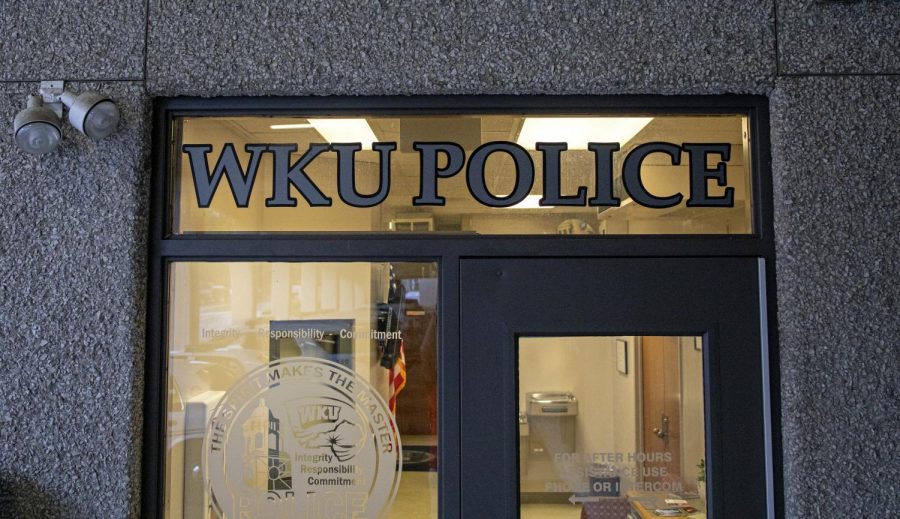 “Officer Miciotto arrived at the scene and attempted to contact Aronokhale,” said a WKUPD report obtained by the Herald. “Aronokhale started to walk away from Officer Miciotto. Aronokhale was ordered to stop and started running past Keen Hall for Pierce [sic] Ford Tower near the dumpsters.

Miciotto located Aronokhale, pointed his taser at him and ordered him to put him on the ground, which Aronokhale did. He was then transported to Warren Regional Jail.

WKU police had met Aronokhale twice previously and “in all three encounters, Aronokhale displayed threatening behavior and annoyed the public,” according to the report.

The victim of the theft declined to report due to the return of property, but another person said she was “inappropriately touched” by Aronokhale.

According to the police report, Aronokhale identified himself as a football player when the police responded to a welfare check.

When police responded to a second welfare check on Aronokhale, the report said he had asked a nearby student to start filming.

When officers told him he was not on the team, Aronokhale asked to borrow the student’s phone and began to walk away.

“Aronokhale left with her phone and showed the other students what she was looking for,” the report said. “Eventually, Aronokhale researched his information and showed his picture on the WKU football team.”

WKU Football confirmed to the Herald that Aronokhale was removed from WKU’s football roster in early October.

“Thomas Aronokhale was removed from the WKU football team on October 10, 2021, for a violation of team rules,” the program said in its official statement.

Aronokhale didn’t play a single snap for the Hilltoppers after his transfer from Ohio University in July. The native of Innsbruck, Austria, withdrew from the University of Louisiana-Monroe before coming to the Hill.