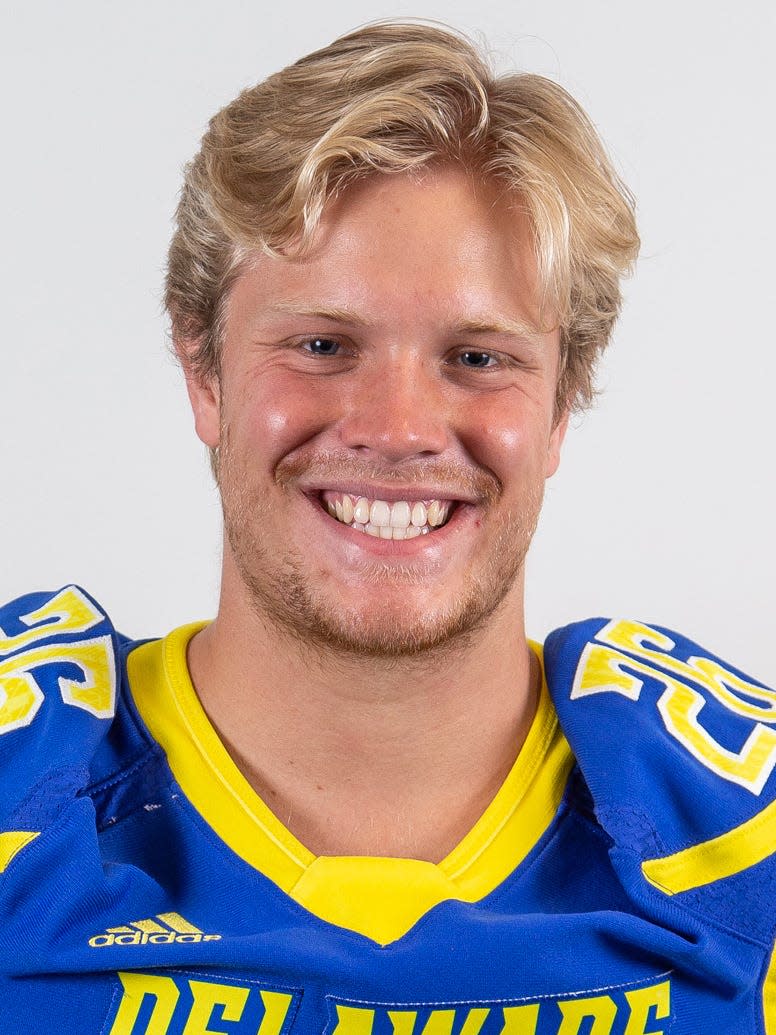 University of Delaware sophomore football player arrested on charges of assaulting Penn State students who police say groped in the stands during a football game on September 18 at Beaver Stadium of State College, Pennsylvania, according to reports.

Penn State had issued a timely warning of a “possible threat to the community” regarding sexual misconduct after students reported that “an unknown man inappropriately touched them without their consent” during tonight’s game there against Auburn.

A subsequent investigation led to the arrest of Liam Kirk, a resident of Valley Forge, Pa., Who attended Conestoga High School.

According to reports citing court documents, Kirk has been charged with three counts of indecent assault, two counts of harassment and one count of disorderly conduct and public intoxication. He has a preliminary hearing on November 24.

Kirk is a running back who appeared in a game for Delaware in his spring 2021 season. He did not appear in a game in the fall and is not a scholarship recipient.

Delaware was playing Rutgers on September 18. Kirk was not on the Blue Hens’ travel list. Kirk has been suspended from the football team, according to the university. Her case was referred to the UD Student Conduct Office.

His UD student status is uncertain. Recent attack on female student by male fraternity brother led to several campus protests and a massive march down Main Street to draw attention to domestic violence and protest the university’s slow response.

Penn State Daily College reported that Kirk’s behavior took place while he was “very drunk” and that since he was not a Penn State student he should not have been in that section of seats. Citing court documents, the story says he punched two students and groped three others.

This article originally appeared in the Delaware News Journal: Delaware running back charged with indecent assault at Penn State game