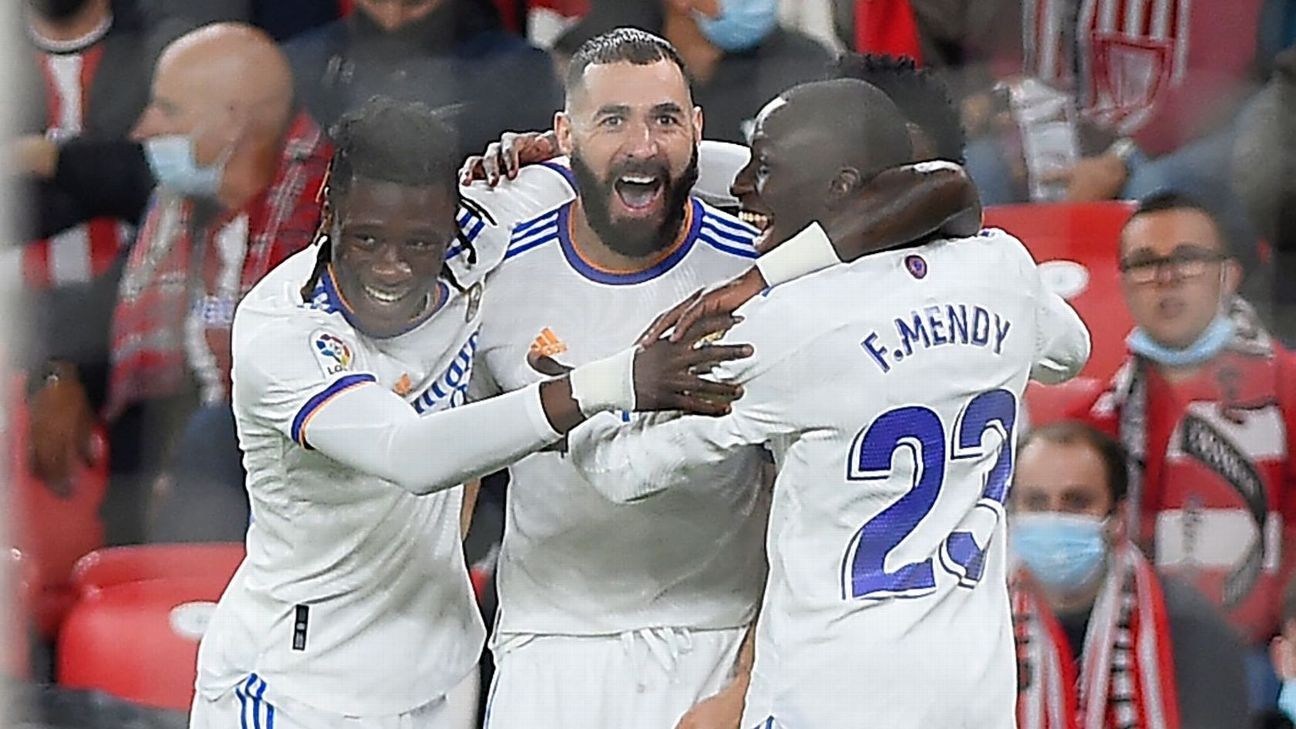 Real Madrid scored a pair of goals from Karim Benzema for a win over Athletic Bilbao as La Liga closed the game for 2021 on Wednesday night before the holidays.

Benzema scored twice in the first seven minutes in an action-packed start to the game, but the hosts pulled it off shortly after with a goal from Oihan Sancet to halve the lead.

Benzema broke the 400-goal mark in his professional career with a stunning strike just outside the box in the fourth minute before adding another three minutes later when an Athletic defender hit missed a clearance.

Ancelotti said of Benzema after the game: “What a forward, what a captain, a great player, a great man, a very strong personality, he is very humble, he is a great person.”

Real, who were missing eight players due to a COVID-19 outbreak at the club as well as suspended midfielder Casemiro, extended their unbeaten run to 15 matches in all competitions as they reached the mid-season break .

“It’s an important victory against a difficult team in a fantastic stadium, three points that are worth a lot on the board, but now we will rest and recover those who weren’t there today,” said Ancelotti.

“Today we had a couple of players who tested negative, they didn’t have any symptoms, so I think when we come back they should all be ready.”

Despite a wild start, neither team scored again in a very entertaining first half at San Mames, with Carlo Ancelotti’s side taking a 2-1 lead at the break.

End-to-end play continued into the second half but Bilbao couldn’t find their way back to the game and Real Madrid extended their La Liga lead to eight over second-placed Sevilla who are one game less.

Benzema was applauded by Bilbao supporters when he was substituted in a rare gesture of goodwill between rival teams.

“I like that kind of football, in a big stadium like this it makes me happy,” Benzema said after the match. “But the victory makes me even happier and more proud, we know it’s a difficult team, it’s good to win here.

“It was a good game for us against a very good opponent. We conceded one goal but we scored two and that’s three points for us.”

With Luka Modric, Casemiro, Rodrygo, Marco Asensio and Gareth Bale missing, it gave Eden Hazard a chance to prove his worth to the team.

He made his second straight start after being absent from the starting XI for three months. The Belgian striker quickly found his rhythm to lead most of Real’s offensive attacks.

Ancelotti said: “Yes, Hazard fits the team. Personally, he played well in this game. We had a doubt on the physical side but he did well, he fought, he is back, yes , I agree.”