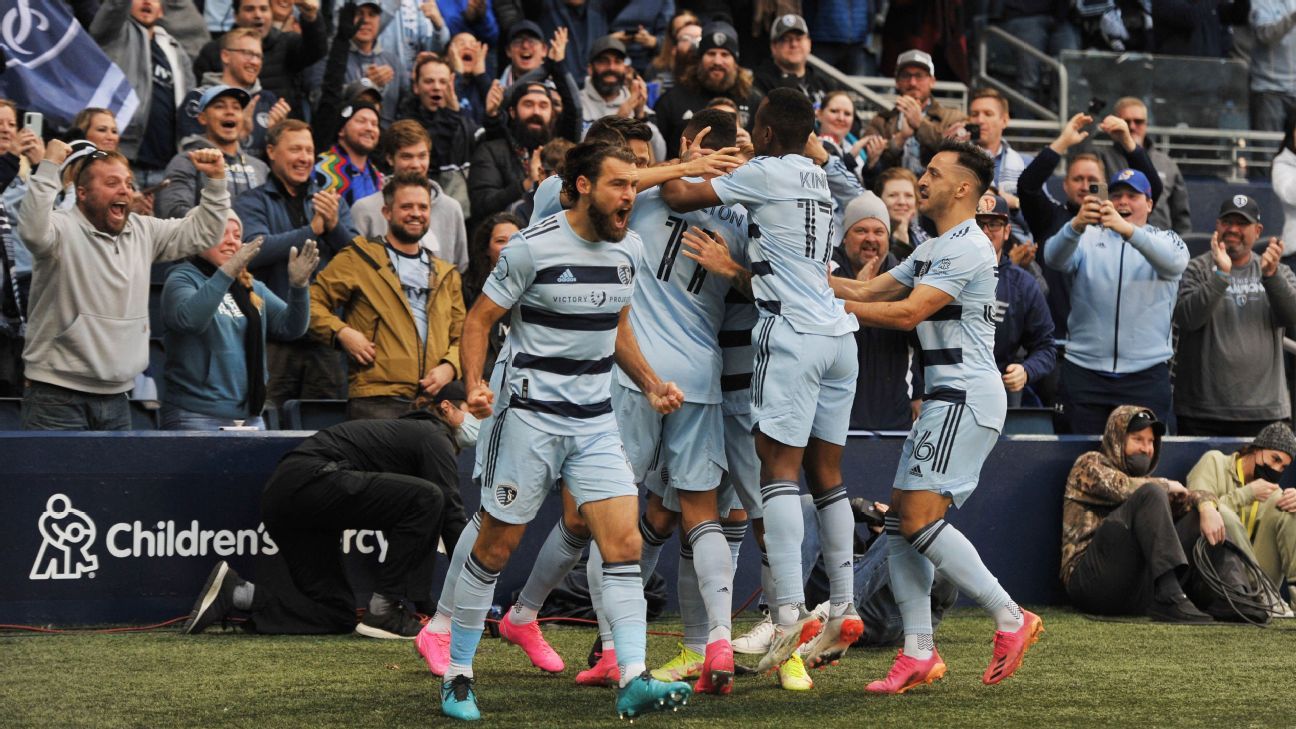 Sporting Kansas City scored goals from three unlikely goalscorers, including the first career goal for 13-season veteran Graham Zusi, as they beat the Vancouver Whitecaps 3-1 in the first round of the MLS Cup playoffs on Saturday. afternoon.

The three goals were the first playoff goals of the scorer’s career.

Sporting KC will face the winner of Tuesday’s game between Seattle and Real Salt Lake on November 28. The game will take place at Children’s Mercy Park in Kansas City or Seattle.

Zusi shot one over the outstretched arm of Vancouver goalkeeper Maxime Crepeau about 30 yards in the 58th minute, giving Sporting a 3-1 lead. Zusi started his 19th career playoff game, almost double Vancouver’s roster (10), but he had never found the back of the net in those games.

Vancouver appeared to take the lead in the 86th minute, but Bruno Gaspar was ruled offside. Gaspar then fired a yellow card for sending the ball into the stands.

Sporting KC saw a trend continue throughout the season. The club were 17-0-0 when they scored at least two goals, but they were 0-10-7 when they did nothing.

Khiry Shelton put Sporting on the scoreboard with a magnificent 17th-minute crossover. The game was set up by a steal from Zusi’s defensive end. He gave it to Daniel Salloi on the left flank while running forward. Salloi crossed it to Zusi just outside the box near the baseline straight. Zusi sent it to Shelton in front of the 6-yard box.

Vancouver tied in the 39th minute on a Cristian Dajome penalty. The penalty was awarded after a VAR review ruled that Luis Martins had committed a hand ball into the box.

But Sporting responded in the third minute of the first half’s stoppage time. Defender Nicolas Isimat-Mirin deflected a loose ball in front of the net with his knee after scrambling for a corner kick. It was Isimat-Mirin’s first goal for Sporting in all competitions.