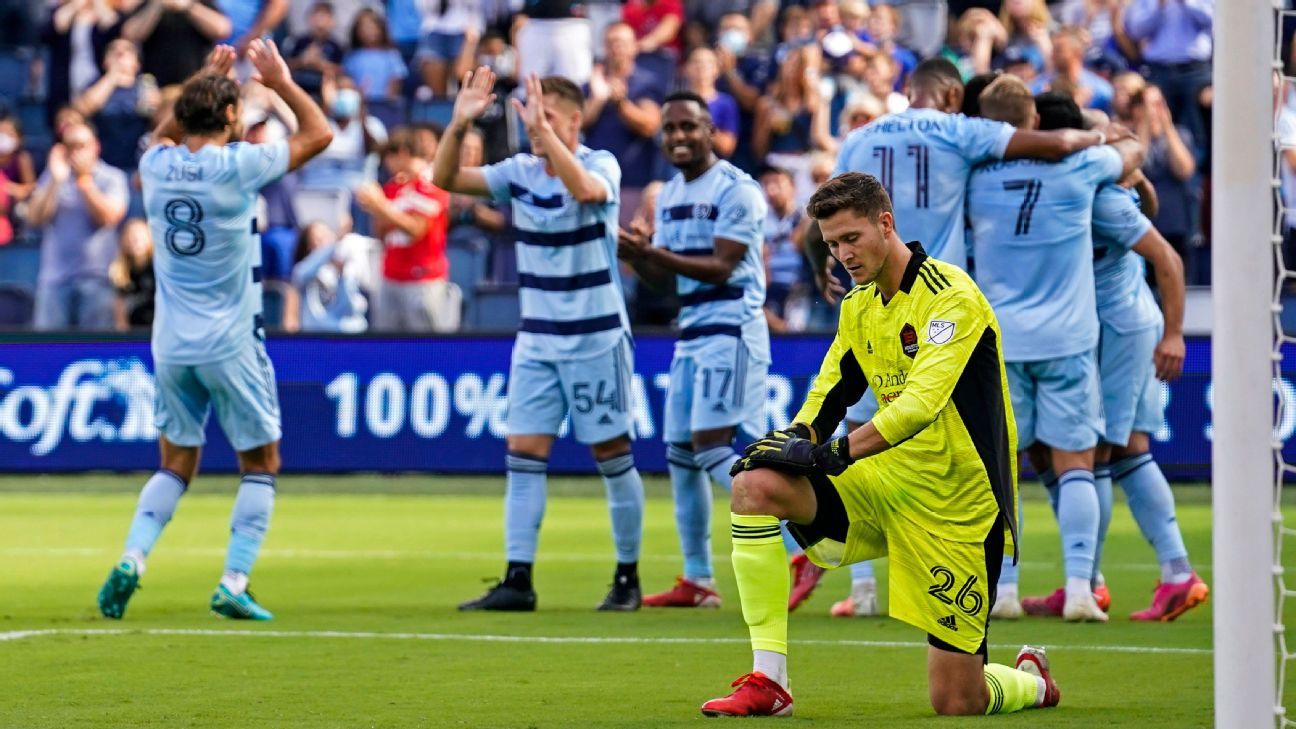 The SKC (15-6-7, 52 points) temporarily took first place after Seattle, which was due to host Colorado’s third place later Sunday night.

After showing little life in the first half, Houston jumped early in the second. After Tim Melia made his first save of the game on a shot from Darwin Quintero, Fafa Picault took a assist from Griffin Dorsey and passed Melia to bring Houston back to 2-1.

Picault appeared to equalize in the 56th minute, but the offside flag was raised.

Sporting reacted quickly. Daniel Salloi delivered a perfect pass to Gadi Kinda, returning the favor of Kinda’s assist in the first half on Salloi’s goal. A little escaped Houston goalkeeper Michael Nelson and pulled him into an open net in the 57th minute. It was Kinda’s first goal in 10 games.

Quintero fired a short-range shot to bring Houston back to one goal in the 76th minute. Max Urruti then shot one against Melia, but it was also ruled offside.

Sporting scored the first from a penalty kick from Russell, who scored for the fifth game in a row. Russell got the penalty when he was tripped from behind into the box by Sam Junqua. After VAR, Russell shot past Nelson in the lower right corner of the net.

Salloi beat his defender but hit the right post in the 22nd minute. But he didn’t miss in the 26th minute. Nourished by a perfect pass from Kinda, his first assist in eight games, Salloi slipped it past Nelson with his left foot. It was Salloi’s 16th goal this season, one behind DC United’s Ola Kamara. His 16 goals were scored from kicks without penalty, three more than any other player.

Sporting KC topped the statistics in the first half, holding 67% of possession and overtaking Dynamo 8-2 with all four shots on goal.