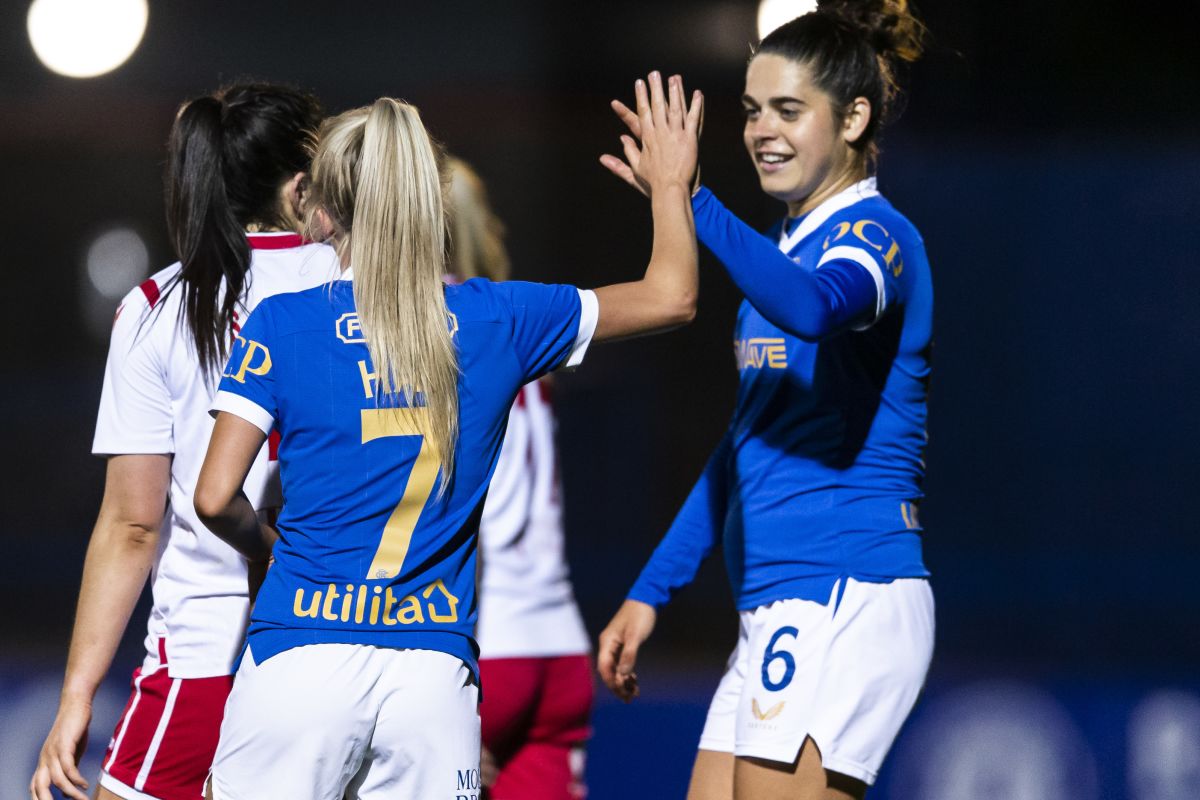 Brogan Hay: We have shown unity

BROGAN HAY believes the Rangers have shown “real unity” as a strong team performance saw them beat the Spartans 6-1 tonight.

Hay scored his first hat trick for the Light Blues, but praised the team’s efforts as they continued their positive debut in the SWPL campaign.

Speaking to RangersTV full time, she said: “I’m really happy to get a hat trick, this is the first time I have had a hat trick in a Rangers shirt so it means a lot. for me.

“Most importantly I’m happy with the three points and thought it was a good performance and we showed real character to continue to the end.

“There was real solidarity and I think we all worked hard for each other on and off the ball. If we stick to our game plan, the spaces will open up and we will eventually achieve the goals and the performance will take care of itself. “

Hay has enjoyed teaming up with Jane Ross since the former Manchester United striker joined this summer as she scored two more goals tonight.

She continued, “It’s great to have the experience of Jane, I think all girls can learn a lot from her.

“She played in very big teams and she is part of the national team. Having her on the team, she has a great character and she has a voice and that really helps everyone around.

The winger hopes the Rangers can show the same attitude as attentions now turn to Hibs on Sunday, she added: “The games are coming quickly, we just have to make sure that when we leave here tonight , we’re recovering well and focusing on Hibs on Sunday. We have to stick to our game plan and show that unity and relentlessness again on Sunday. ”

A RangersTV subscription starts from just £ 6 per month and offers not only exclusive access to club teams, but also original videos and documentaries, our incredibly popular Inside Ibrox and Away Days shows and our extensive action archive. of match through the years.

Article Copyright © 2021. Permission to use quotes from this article online is granted only subject to appropriate source credit and hyperlink to www.rangers.co.uk