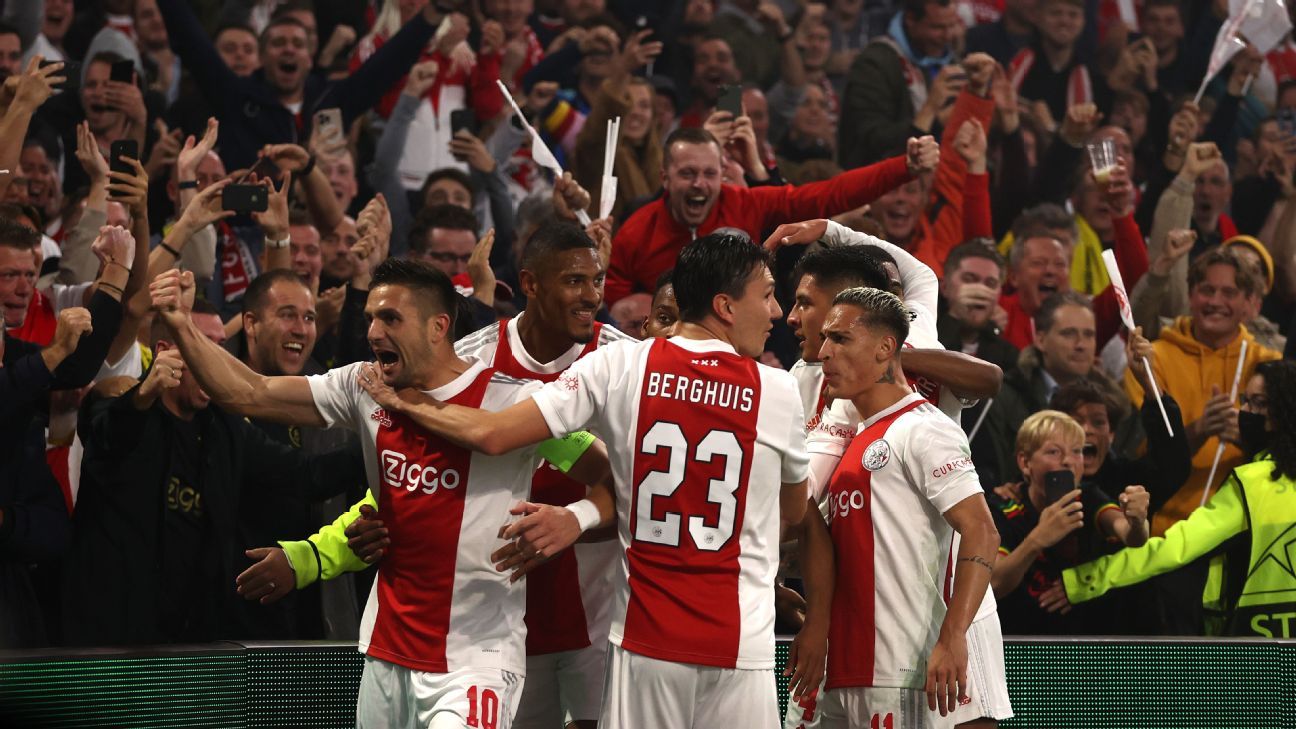 Ajax produced a dominant performance to rout Borussia Dortmund 4-0 on Tuesday and maintain their 100% Champions League record as they moved closer to a place in the next leg of the competition.

A homeward goal by Marco Reus from a free kick from Dusan Tadic was followed by decisive strikes from Daley Blind, Brazilian winger Antony and Sébastien Haller. Ajax lead Group C with three points ahead of their previously undefeated German visitors.

The Dutch club took 11 minutes to move forward in a sold-out clash at Johan Cruyff Arena which was supposed to be evenly contested but turned out to be just the opposite.

Tadic’s curling free kick seemed tied for goal but was helped into the net by a touch from the top of the header from Dortmund’s Reus skipper, who was credited with the own goal.

Blind’s left-footed half volley from the edge of the box doubled the score in the 25th minute, but Ajax might have led more at the break without Gregor Kobel in the goal for Dortmund, who managed several tough stops.

Antony, who just made his Brazil debut last week, curled a left-footed shot into the net after 57 minutes as Ajax scored their superiority.

They were also helped by poor defense from Dortmund, especially when Haller got up easily to lead Blind’s cross for the fourth goal in the 72nd minute.

The two sides face off again in Dortmund in their next group game on November 3.