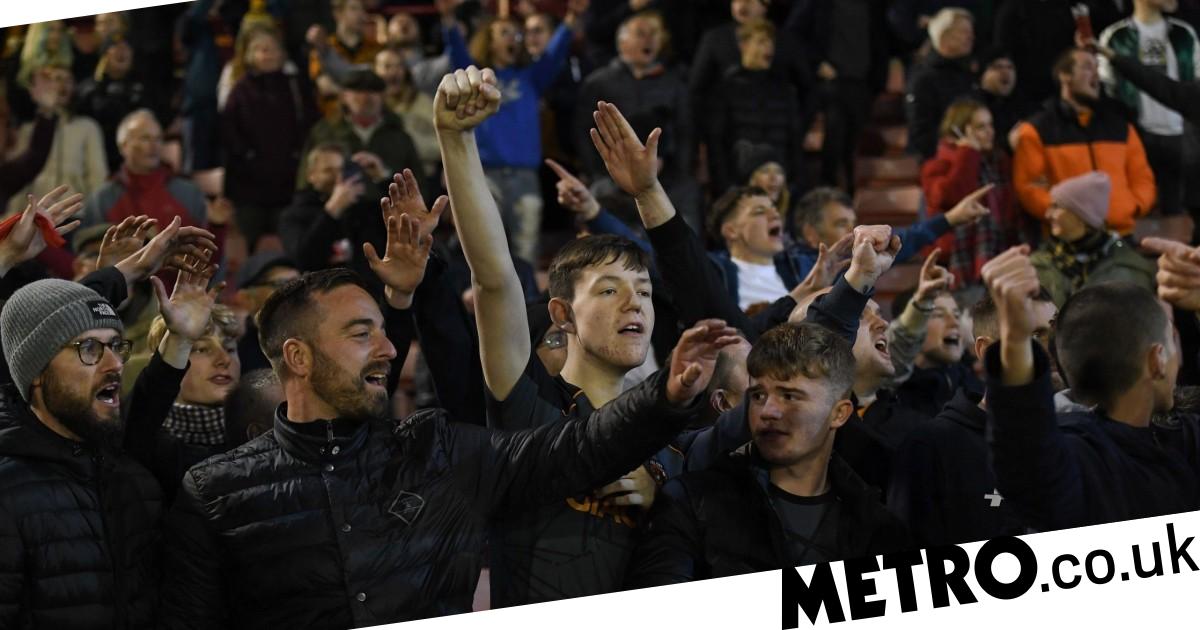 A seven-year-old football fan was hit in the face by a flare during a game on Saturday.

Police question a 17-year-old after the boy sustained minor injuries.

The rocket was launched into the crowd shortly before half-time in the game between Barnsley and Hull City at Oakwell Stadium.

He was allegedly thrown by a Hull City fan and punched the child – a supporter of the same club, South Yorkshire Police said.

Humberside Police, who are also investigating, said the boy was treated at the scene and returned to watch the rest of the game.

The teenager was questioned by police on Saturday after showing up at Clough Road Police Station in Hull.

Chief Inspector Blake Neale said: “Behavior of this nature will not be tolerated as families need to feel safe and secure so that they can go and watch their teams play without fear of this type of incident.

Joe Biden ‘farted near Camilla and she keeps talking about it’

“The police are working closely with the field stewards and this evening, a supporter was arrested at the entrance to the field when he was found in possession of a rocket.

“We are working closely with our colleagues from South Yorkshire Police, Hull City Football Clubs and Barnsley to conduct a full investigation, and anyone found responsible will be dealt with firmly.”

A Barnsley spokesperson said: “Barnsley FC does not condone such actions by any individual and will continue to assist South Yorkshire Police in their investigation.

“Having been treated by the stewards and our medical team, the club were delighted that the young supporter felt comfortable enough to return to his seat and watch the rest of the game.”

The city of Hull has been contacted for comment.

Players have been injured in matches in Ireland and Essex, where fireworks have landed on the pitch.

Contact our press team by sending us an email at webnews@metro.co.uk.

For more stories like this, see our news page.

Get your latest news, wellness stories, insights and more